As you are able to see, I have been doing healing for a long time and have all these qualifications to be a good healer.

But that is way less important than my story, what I have gone though in my life, what I have been able to overcome and heal for myself.

There is the archetype of the wounded healer, that you must first get wounded in some way, and then learn to heal that, and then be able to heal it for others.

Well I have certainly gone through that. My early years were miserable.

I was born very weak and with what they would now call “failure to thrive.” I had a poor immune system and being born in Switzerland that has a really cold climate I got sick very often. At age two I got polio and was paralyzed on my left side for two years. I also had to spend about six weeks in an iron lung, as I could not breathe on my own.

The result of all this is that at age four when I got over my polio, I had to learn again how to walk. I was very uncoordinated, weak and insecure on my feet.

When I played with the other kids in the yard I was the target of a lot of bullying. Every boy who thought he needed to prove to the other kids how strong he was would pick on me to do that. I was beaten up a lot. That lasted until the age of 12 when I started to go to the gym and built up some muscle.

Being beaten up continuously also instilled in me a very poor self-image. I simply could not understand why there had to be so much pain. And whenever I was in pain I would cry. I was a cry baby until the age of 11. So many times I was beaten up simply to make me cry so that all the other kids could laugh at me. I felt very humiliated. That definitely contributed to my poor self-image.

Also I had an older brother who was good at speaking and I was not. So every time I said something that was not completely grammatically correct, he would tease me and humiliate me. So I learned to withdraw and be still. As a teenager I was very introvert and gawky. I did poorly in school and was called on that many times. All these additional circumstances contributed to my poor self-image

At one point one of my teachers humiliated me in front of the whole class. That was so traumatic that I was no longer able to coordinate my brain and my mouth. That is called speech aphasia, when your brain and your words are out of sync.

So I became even more of an introvert and loner. I avoided contact with others as much as I could. Later in life I became self-employed because I did not want to have a boss that could potentially humiliate me.

Because of all the frustrations I experienced and not having a way to express myself, I accumulated a lot of anger and became an angry young man. I tried my best to keep a good image, but anytime things did not go my way, I would have an anger episode. It made having intimate relationships very difficult.

Overall I felt I was at the bottom of the social ladder. Even during Phys Ed, when two team captains selected their players from the group we were, I was always selected last.

Overall I was deep in shame. I felt inadequate, defective, unlovable, and was very pissed all the time to boot.

I was called everything possible: Wuss, pussy, cry-baby, weak, wimp, loser and sissy to name a few. I never fit in. My self-talk was continuously very negative.

I had a hard time being successful. I tried many things during my life. I was a caterer, a computer programmer, a mortgage broker, and a realtor. I dabbled in multi-level marketing, and I always did a bit of healing on the side.

But for the most part I struggled to make enough money. I did not know how to market myself and attract business. If it were not for my and my wife’s parents who sent us generous cash gifts for our birthdays and Christmas, we would have never made it.

Then in my late 20’s I met Lazaris. He is an entity that is channeled by Jach Pursel. He taught me all about my emotions, how to constructively release my anger, how to release and heal shame, how to connect with my spirit helpers and be able to ask for help (I did not have to do it all by myself any longer,) and how to build up my self-image, to have self-love, self-respect, self-esteem, self-confidence and self-worth.

So gradually I came out of my pit of despair. Life turned around and became easier. My relationship with my wife greatly improved. She did not have to suffer my anger outbursts any longer. And as my self-image improved, I was able to create more magic in my life.

I went to Toastmasters and learned how to communicate better and express myself in public. I even had a series of treatments in hyperbaric pure oxygen. That woke up my brain and allowed my thought and my mouth to be coordinated. I started to give public talks.

I built myself up gradually by challenging my comfort zone, continuously expanding who I am. I lost my fear of trying new things. I understood that I did not have to be perfect and that I was allowed to make mistakes on the way to learning something new. I did not take it personally every time I failed. I began to feel free.

I became able to handle criticism and saw it as constructive feed-back without being devastated any longer. It became easy to live and learn.

I was also able to stop my judgments towards myself and others. My new motto became “live and let live.” That created even more freedom for me.

Now I am in bliss 24/7. If you are interested, please go to my “Bliss List” in another part of this site. I list many things that all contribute to my continued bliss. Probable the most important is that I know all the way deep in my core, that the DIVINE loves and supports me all the time. The saying “Ask and you shall receive” really works for me now all the time.

Now that I went through all of this, I know how to get out of it, and so, if you desire my help, you will not have to struggle for many years.

So now that you read all this I have a gift for you. In my healing practice I became a gazer, being able to send love energy towards you with my eyes. So below is a picture of me that was taken during a moment where I did just that.

If you have something minor, if you feel you need a boost of energy, just look at my eyes in this picture, and let the love enter you and make you feel better. 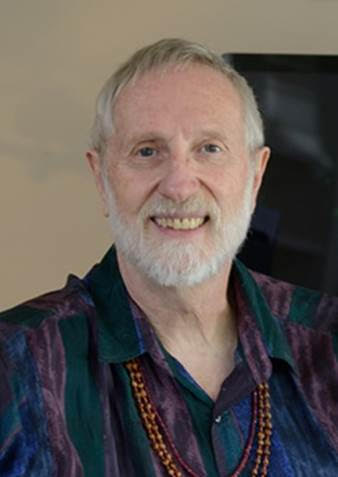 In parting I wish to tell you that if I was able to come out of the dark pit I was, then anyone else can do this. I did not have to do this all alone. I had a lot of help, and if you are ready to do the same and need some help, then I am here for you.

I wish you all the best!